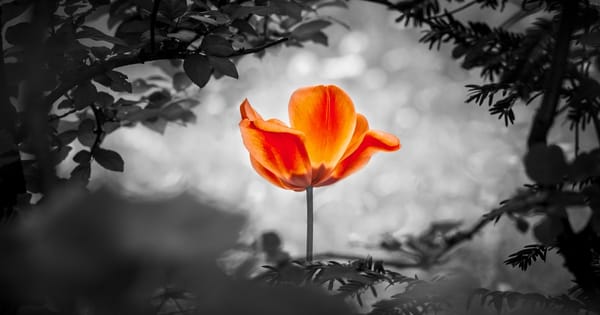 One of the most devastating pieces about depression is that it often times squashes all sense of hope. Without hope, people may lose any little bit of “fight” they have to work towards recovery. Dr. Jon Allen states, “I can’t think of anything more important than maintaining hope when you’re striving to recover from depression. Catch 22: at its worst, depression promotes hopelessness.” (Coping with Depression: From Catch 22 to Hope, (2006) p. 249). Depression counselor, Douglas Bloch, considers the presence of hope as an “absolutely essential” part of recovery from depression. He believes that without hope, one may believe that there is “no reason to put the work in today and do what it takes to pursue recovery” (“The Importance of Hope in Healing From Depression”).

One man who I met at the support group that I attend (see my post titled, “The Power of Support Groups”), stated that it was easier to stay on the couch and that he was “fine with it”. He didn’t want to deal with any of the challenges of life and wasn’t willing to put in the necessary effort to recover. This was a man who had been through depression in the past, knew what he needed to do in order to work towards recovery, even blogged in order to support others to work through depression, yet…in the midst of it could not get himself off of the couch.

One member of the group questioned whether or not staying on the couch was easier, as there is no possibility of “failing” if he wasn’t to work towards getting better. There would also be no possibility of being disappointed after being hopeful about recovery, so therefore perhaps, it was argued, he had no hope. He must have, however, as it was pointed out, had at least a glimmer of hope, as he was able to tear himself off of the couch in order to make it to the support group. Depression is an awful illness whose symptoms work against everything that should be done in order to become healthy. Many people with depression want to isolate, yet it’s known that connecting with people is helpful. Depression takes enjoyment out of doing things that in the past were enjoyable. This particular man loved writing and playing music. However, he put down his pen and left his guitar sitting idle in its case throughout his struggle with depression.

Other men from the group reached out to this man, as it was clear that he was in a dark place and needed support (see my post titled, “The Importance of a Support Team”). Suddenly, he was off the couch and in various coffee shops meeting individually with other men from our group. I, too, invited him to coffee. By the time he met with me, he had mentioned that he had been online to seek out resources and programs for recovery. It was clear that he had made a significant and critical shift from having no hope, to having hope. He was getting out of his house, connecting with others, and seeking resources in order to recover. It was a great moment, as I was able to witness the shift from a lack of hope to hope that was energizing and palpable.

The lack of hope can be devastating and even life-threatening. It’s important for those suffering from depression to understand that there is hope. People do recover. There are resources. You are not alone.

As with all of my posts, comments are welcomed and encouraged.

Previously published on The Depression Files

The post The Importance of Hope When Facing Depression appeared first on The Good Men Project.

from The Good Men Project http://bit.ly/2V8jHdA