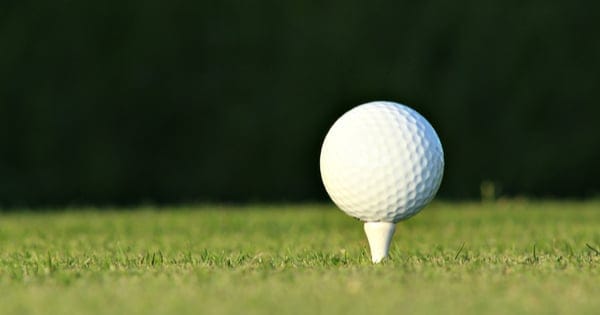 I was getting ready to watch the 2009 version of the Iron Bowl – the annual college football clash between the University of Alabama and Auburn University. For my mind (and because I’m right), this is the single best college football rivalry.

As I remember it, before the game, CBS came on with a special news report. Tim Brando – formerly of CBS Sports – broke the news that Tiger Woods had been involved in a serious automobile accident and was hospitalized. Tim’s tone was serious and somber.

I remember thinking – is Tiger Woods going to die from this accident?

Woods’ ex-wife Elin was reported to have taken a club to the back window of Tiger’s Escalade. She claimed that she was trying to rescue Tiger who was unconscious at the time.

A short time later, news surfaced that Woods had been carrying on an affair with a cocktail waitress for well over two years. And reports were that Elin was angry about the affair which is why she took the club to his car.

This set off a series of events that painted Tiger in an awful light. He lost endorsements. He quit golf for a while. And he became a laughingstock.

Ten years ago, Tiger Woods was the talk of the sports world. He was well on his way to crushing Jack Nicklaus’ record of 18 major championship wins.

But controversy, injury, inconsistent play, and…well…being a peasant…derailed that train in a pretty major way.

And Tiger Woods – honestly – for a long time was everything I rail against. He was a rich, good looking, powerful and famous guy who used people for his own pleasure.

At least that’s the perception from this guy watching SportsCenter.

One of the first “holy s***” sports moments I remember as a child was in 1986. That April, Jack Nicklaus won his 18th and final major championship as he won the 1986 Masters. That was his sixth Master’s championship. And he had to fight from behind to capture the win.

During the final round, as many as six different players had at least a share of the lead. But on the 17th hole, magic happened.

I will never forget the simple but masterful call from legendary CBS sportscaster Verne Lundquist as Jack hit an 18-foot birdie putt on the 17th hole to take sole possession of the lead for the first time.

Full disclosure, during my all too short time as a professional sportscaster, my signature call on big moments was a big “Yes sir!” I wonder if that’s where I got it?

Let’s flash forward to the 2019 Masters.

Tiger came into the final round tied for second – two strokes behind the leader Francesco Molinari of Italy. Tiger’s last Major was the 2008 US Open, which he won on a knee that needed ACL surgery.

His daughter Sam was just a baby at the time, and his son Charlie hadn’t even been born.

After Tiger hit the bogey putt that clinched the win, he takes the ball out of the cup, throws his hands in the air, and screams a jubilant scream.

He didn’t win this tournament as the Tiger of old. The Tiger of old being the guy who could crush 300+ yard drives and take it from there. 2019 Tiger is a far more intellectual player than he used to be. He is 43 years old after all, and his body is held together with duct tape and baling wire.

For perspective, he’s only three years younger than Jack was when he won his 6th.

Okay, I’m taking off my sports reporter hat and putting on my crown. I want to look at what I saw next as the life coach for Kings.

Keep in mind, the last decade in Tiger Woods’ professional and personal life has been a…well, it’s been a show. A s*** show, if you will.

In the aftermath of his victory in 2019, I saw a far humbler man than I’ve seen in years past. A man humbled by life and far more grateful than the Tiger of old.

In a photograph that is soon to become iconic if it hasn’t already, one of the first people to reach Tiger was his 10-year-old son Charlie. And as Charlie leapt into his Dad’s arms, the look on Tiger’s face was something difficult to describe. It was emotional, tearful, and insanely grateful.

But most of all, in that picture, I saw a man finally able to forgive himself for being human.

Tiger Woods, thank you for showing the world what redemption looks like.

Thank you for finding your crown again – King Tiger.

The post The Redemption of Tiger Woods appeared first on The Good Men Project.

from The Good Men Project http://bit.ly/2IuIl1r