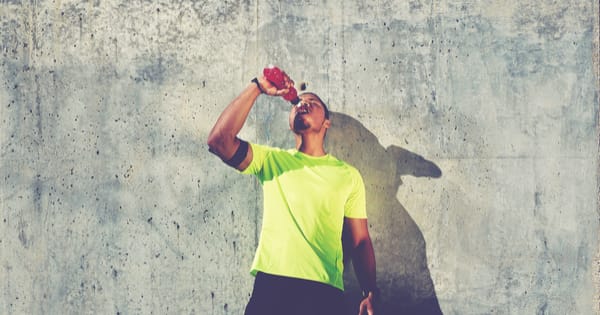 Excuses are monuments to nothingness. They build bridges to nowhere. Those who use these tool of incompetence are masters of nothingness.

This quote hung on the wall of my fifth-grade teacher, Mr. G. Anytime a student forgot his homework, he had to stand up in front of the quote, recite it, and remain standing until he felt like letting you sit, which is usually when our lesson was done and the classwork began. By the end of the first quarter, I had that poem memorized.

I was a master of nothingness, for my excuses ran long and deep, built with exquisite detail and emotional manipulation. Honestly, it was my true medium. God, I hated that f***ing poem, yet I failed time and time again to bring in the homework.

By the end of the year, I would walk into class assume the position, wait until everyone had been seated, and then recite the quote. Mr. G. would ask me why I didn’t do my homework and I would just respond. “I forgot to do it, sir.” or “I didn’t want to do it.” My excuses were gone and I accepted my fate. At the age of ten, my training in fatalism had begun.

Now, here I am, thirty-one years later, and I have returned to my artwork, my master level excuse building has been bolstered by a vast vocabulary and Shakespearean drama classes.

“I’d love to come workout with you, but Yoga seems to really aggravate my cervical spinal area. I’ll have a tension headache for a day or two. I think I’ll just walk instead.”

“I don’t think I’ll go for a walk today. I hate that I can’t just walk in our neighborhood, that we have to drive to a park or another neighborhood because there are not enough sidewalks/the sidewalks are blocked/it’s cold outside.”

“I don’t want to use the elliptical downstairs, I’m afraid the cats will get under it and hurt themselves. Just the other day one of their tails got right next to the mechanism, I was so scared!”

Bullshit. I’ve called bullshit on myself. It’s time to reject my fatalism and embrace . . . Optimism! *hurk*

God, that sounds so terrible. Like some sort of perpetually happy Yoga trainer. But 31 years of my dark fatalism and realism has given me diabetes, a fused spine, and a permanent furrow between my eyebrows. I mean, have you seen a Yoga trainer?! So, I’ve decided to call BS on myself, and I’m realizing there are opportunities everywhere to exercise and to be my best person. Ya hear that Melania! Try using a pronoun and infinitive! *ahem* Sorry. #NotSorry

One of the excuses I’ve been using is timing. My work hours let out at 3:15, I have to leave to pick up my daughter by 4:15, then between boy scouts, martial arts, cooking and everything else I have to do with my children after I get home, I told myself (and anyone who would listen) that I only have that one sweet hour to exercise and get my “healthy time” in, and if I stay late at work it just doesn’t work out. BS.

Last week, I left to pick up my daughter, but as what often happens I left later than 3:15 and I only had about 25 minutes to workout at the gym. I did my 25 minutes and went to the parking lot where her school bus drops them off. The parking lot is outside of my son’s elementary school and there’s a nice big field there. I arrived and thought to myself, sitting in my van wearing exercise gear and watching all these other parents just sitting in their cars, “Why am I just sitting here? It’s nice out and I’ve got walking shoes on.” So I got out and started walking in the field. Along the way, I saw there’s one of those tractor tires people use for Crossfit and I realized I’ve never flipped one of those, and it looks like so much fun. So, I did. And it was fun! But I see why it’s used as an exercise technique, it wasn’t easy. After a few flips, I kept walking. I walked around the whole field, and the bus wasn’t there yet, so I started doing calf lifts on the curb by my van.

Then a weird thing happened, a guy who had been sitting in his car in the parking lot put his car in drive and came over. He put down his window, held out a bottle of water that was sitting in the car next to him and said, “God bless you, brother! I’ve been there myself. You need water?” I politely declined the proffered lukewarm water and he drove off. I had so many conflicting thoughts. Where had he been before? Did I look that thirsty? Wait, why was he just chilling in the elementary parking lot? Because he just left, no kid in his car.

As I pondered all of this, I noticed that the bus still wasn’t there. I silently cursed the bus driver, because I could have been exercising at the gym this whole time. But I was still exercising, I was will moving. Since my daughter’s bus still wasn’t there, I decided to do some squats, because my ass has always been an area I’ve been unhappy with. Imagine being Latino, with some African heritage, but no ass. I am half Irish after all, but come bear-1666306_1920on! Anyway, I started doing squats in the parking lot of the elementary school waiting on a bus full of middle schoolers, which had somehow pulled in behind me without my noticing. I was probably grunting louder than I thought, resembling more a bear squatting in the woods than anything else. So I awaited my daughter when it occurred to me that it was Thursday, and she stayed late after school on Thursday, which means she wasn’t on this bus. Dammit.

Kids started getting off the bus, a few looking my direction and snickering, because they’re middle schoolers after all and I am a chubby middle-aged dude doing deeeeep squats in the parking lot in some snug exercise gear, so I picked up what dignity I had left off of the asphalt with one more squat, got in my car, and drove off, fully aware that I too had no kid in my car.

But since then, I’m finding lots of ways to sneak in a little exercise. Squats in odd places, pushups, and arm dips whenever I have a minute, even the way I move around the classroom can have extra movement in it, and I feel a difference. I don’t see it yet, unfortunately, my diet slipped this week too. But one thing at a time. Now, if you’ll excuse me, my son looks like he needs a planking challenge.

The post Squatting in a School Parking Lot appeared first on The Good Men Project.

from The Good Men Project http://bit.ly/2GlbuL3