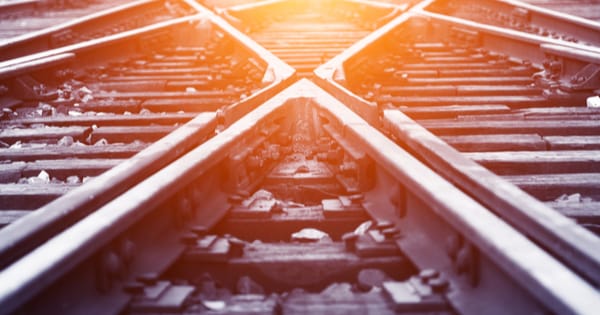 When I was younger, I remember I went to a party with a co-worker. I don’t know why, I didn’t even like the guy, but nothing else was going on. He was a bit shady, and he’d gotten into trouble in the past, but I said yes. I knew I shouldn’t, but I still found myself saying yes, but the party was in a few days and I knew I was absolutely going to cancel, but I had just accepted the invitation so I thought I should wait. You know, for courtesy.

A few days later I found myself walking through the back alleys of Bridgeville in the accompaniment of a self-professed drug dealer and high school drop out. I kept thinking, ‘Why was I there? Okay, I knew how I got there, but why was I continuing to walk with him into shadier and shadier blocks?’ At any point, I could have just turned around, but I was there and things weren’t bad, right? So I continued. I could have left, but I chose to stay. For appearances.

Soon I ended up in the living room with four or five angry-looking black men and my Eminem-wannabe co-worker, listening to some West Coast rappers, and nobody is saying anything because I looked like a Narc, and I know it. I’m positive the bulge in the back of the one guy’s shirt is a gun and there’s gutted remains of several Swisher Sweet cigarillos on the coffee table before me. This is not a party, it’s an anxiety attack and an after-school special rolled into one and I walked myself here. Yet, at any point, I could have left, yet there I was, and there I stayed because now it was too late to leave.

I stayed at that party, and in the subsequent months, I went to many more, because nothing bad actually happened. I survived and I even told myself I enjoyed them. My co-worker, however, did not survive them. He was picked up by the police and sent to jail for possession of narcotics, intent to sell, and an unregistered handgun. Had I hung out with him on the wrong day, that could have been me too, but it wasn’t. Nothing bad happened, but it almost did. In that room, with those men and my former co-worker, I was given an opportunity that I declined. Had I accepted I would have become a different person than I am today, indeed, I may not even be alive. But I choose wisely, yet I didn’t leave that life behind. I continued where I was for years toying with possible disaster.

But one day I stopped because I met my wife and we decided to lead a different type of life. She liked parties too, she liked to go out and go dancing, and she wasn’t afraid of scary places and weird people. But even though nothing bad happened to us, we decided to change, to find a new kind of fun. We both approached a point of no return, and though we didn’t pass it, we didn’t stray far from it either for a very long time.

Now, nearly twenty years later, I have reached another point of no return, this one worse both in body and soul than my last. Recently I discovered that I’ve become diabetic. That being obese for most of my life has finally, at the end of my 41st year, taken me to that point. But it’s not just being fat, it’s everything. My writing, my marriage, my teaching, and my children all feel as if they are balancing precariously on the edge of some cliff edge, a precipice which is a sheer drop. But I also know the reality is that I, like many of us, are not on a knife edge or whatever analogy you’d like, but instead we have dug ourselves a hole, one deep enough that we cannot simply climb out of it and rain is on the horizon.

Here’s the thing about digging yourself a hole: you really can’t go back the way you came, that’s over now. You can try to climb out, but if it’s too deep you’ll just fall back in time and time again. But if you’ve dug a hole, that means you still have the tools you came down with. You can’t go back the way you came in, but you can dig a new path. It will be hard, you’ll get dirty and it might feel like you’re getting buried as walls crumble on top of you, but it’s the only real way out. And, if you end up at the bottom of the hole again, it will be easier to get out.

I will be digging my way out the only way I know how, with my hands and for the world to see. I have already challenged my students to change their lives, to find some goal they can reach and keep track off. To race to a certain time, to get a certain GPA, to raise a certain amount of money, while I will be losing weight, and writing stories, and teaching them. We will be helping each other, just like I will be helping my family with their challenges, just like I will be working with my wife on our challenges, and I will help myself by helping all of them.
This winter, I started at 313 lbs, the heaviest I’ve ever been. I am now down to 303. The lightest I’ve been in almost two years. By this Summer I will be the lightest I’ve been since I’ve had kids. I will climb out of this hole, but I’ll do it with my students, with my children and with my wife instead of using them as a reason to keep digging down, they will help me rise up. I may be dirty and exhausted when I emerge, but I’ll be out.

We all need to start digging, out not down, but we will only be able to do with the help of each other. Men and women, Republican and Democrat, Americans and Immigrants, Christians and Muslims and Jewish and Atheists, we all need each other and without each other will only continue to dig deeper and not out. I hope that each of you, if you find yourself in a hole, will dig out with me.

I’ve struggled with what this Blog is, and what it can be. Looking back on it, I’ve lost the meaning of Stupid Optimism. It’s time to get it back. I’d like to say I don’t care if you follow along with me, but that’s a lie. I do, but it’s time to give you something to care about. Cheers!

The post Digging Past the Point of No Return appeared first on The Good Men Project.

from The Good Men Project http://bit.ly/2OTokTs