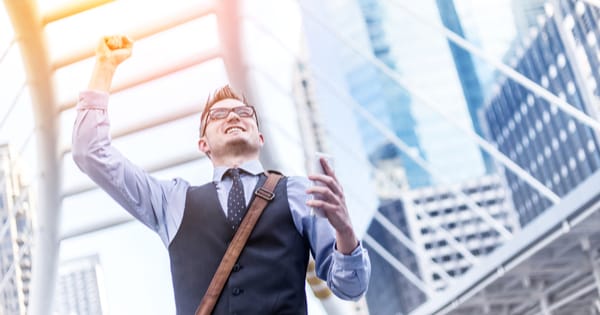 At the center of every business failure, lawsuit, sexual harassment complaint, disengaged employee, leader who can’t lead, or employee theft, is a damaged core. If you experience these, the core of your business is damaged.

Working with CEOs and their teams from around the world for more than 25 years, I’ve learned that everyone experiences it at some level. Feelings of inadequacy from schoolyard bullying or parents, teachers, churches telling you you’re “not enough”. Some version of not smart enough, not good looking enough, “your brother is the smart one” or “you’ll never be successful.”

While this syndrome affects both men and women, men tend to better at pushing it down and ignoring it.

The Queer Eye Fab 5 Get It – So Should You

As my daughter and I binge-watched Season 3 of Queer Eye, I was repeatedly struck by their understanding that healing had to be done at each person’s core. These aren’t merely makeovers, they’re deep healing.

Jason, the CEO of a manufacturing company started on a roll, making $5 Million in sales in two years. But that initial success didn’t last. Revenues flattened and profits declined. He didn’t understand why. But I did.

Have you ever had a big win or three;

created massive success and then

to be your new mantra?

He’d surpassed the level of success that he thought he deserved. Nothing he did to turn around the business was working. He was making bad decisions. His team didn’t respect him. His wife was unhappy and ready to leave.

He was blocking success and money and the root cause of it was his relationship with his father.

“What? I’ve got a great relationship with my dad,” was his response. But it wasn’t true. Sons are supposed to have great relationships with their dads. But for many, it’s a belief they’ve been taught, not reality.

I asked him about stories he’d told me, often with a laugh. Like the many times his father told Jason “you should sell the business and get a job because you don’t have what it takes.” And, the childhood memories of being belittled or told that having money was a struggle.

from your childhood and past.”

Jason carried all these beliefs around in his body. It affected the decisions he made, the people he hired, his relationships with his wife and children.

The Number 1 Block to Success

He didn’t want his dad to be right. His dad wasn’t right. But at a deep, core level, Jason was afraid that maybe he was.

He was living from a place of fear. Buried fear, but fear.  His denial of it, pushing it down, only made it stronger.

When you believe that you’re not “enough” — good enough, smart enough, worthy enough — whatever it is for you, that belief creates fear in your body and in the frequency you emit. Yes, you emit an energy and frequency. You may not recognize it, but it’s there. And, the people in your life, your team, buyers, and children, can feel it. They may not know exactly what it is they are feeling, but it’s not good.

More important than anything you “do” in your life and business, such as marketing or sales training.

When “I’m not enough” beliefs are buried in your core, you emit an energy that tells everyone you encounter that you’re not to be trusted. You slap a smile on your face, but your frequency says it’s fake. They may not know why they don’t trust you, but they don’t.

The Electrical Storm in Your Business and Life

Quantum physics tells us that your every thought, emotion, belief, and feeling, sends out an energetic frequency that magnetically attaches to similar frequencies.

Fear is like an electrical storm in your energy field. You say you want money, love, respect, success, but fear and self-doubt are messing up your signal. What you get back then are more opportunities to experience fear.

No. Not everything is misery. But life is far harder than it needs to be.

Thinking they were the answer to his problems, Jason spent many thousands of dollars on marketing, sales, and other gimmicks. They didn’t work.

He was feeling the pain of self-imposed failure, that only increased his fear and made the situation worse. Like many in the C-Suite, stress was taking a toll on his body, putting him at dramatically increased risk of debilitating and possible fatal illness.

While buying these useless one-shot-wonders made him feel like he was doing something it also helped him continue to deny the real cause of all that stress.

Finally, in a moment of self-reflection, he realized that there just might be some truth in this. Maybe he was living the influence of those negative messages. Perhaps he had buried the effects so deeply that even he wasn’t willing to recognize or admit them.

That crack allowed in just enough light to convince him to explore healing is core.

Once he started, he didn’t want to stop, even when it was painful. Buried fear and resistance were transformed into relief. He shifted personally. He then applied what he’d learned to his company and team.

Suddenly all of those tactics and techniques that weren’t working, ignited.

He began healing himself. And, he healed the business from the inside out and it blossomed.

The #1 Question to Ask

How do you apply this in your own life? Your first step is to begin noticing what you’re feeling in your body. When you feel uncomfortable, your body is telling you that your beliefs are out of alignment with what you want. Don’t push the feeling down. Feel it. Where is it located? Can you find the trigger? When you find the trigger, ask “what’s under that?” (WUT?)

Trigger: I don’t have enough money

WUT?: I remember my parents arguing about money.

WUT?: My always told me money was hard. I have to struggle.

Or WUT?: I learned at church that rich people won’t go to heaven.

Keep it going until you locate the root beliefs that are running your life and business. That’s when you start letting them go and moving forward. It may take some time, but it’s worth it!

The post What Every Business Can Learn From the Queer Eye Fab 5 appeared first on The Good Men Project.

from The Good Men Project https://ift.tt/2I8hDvp